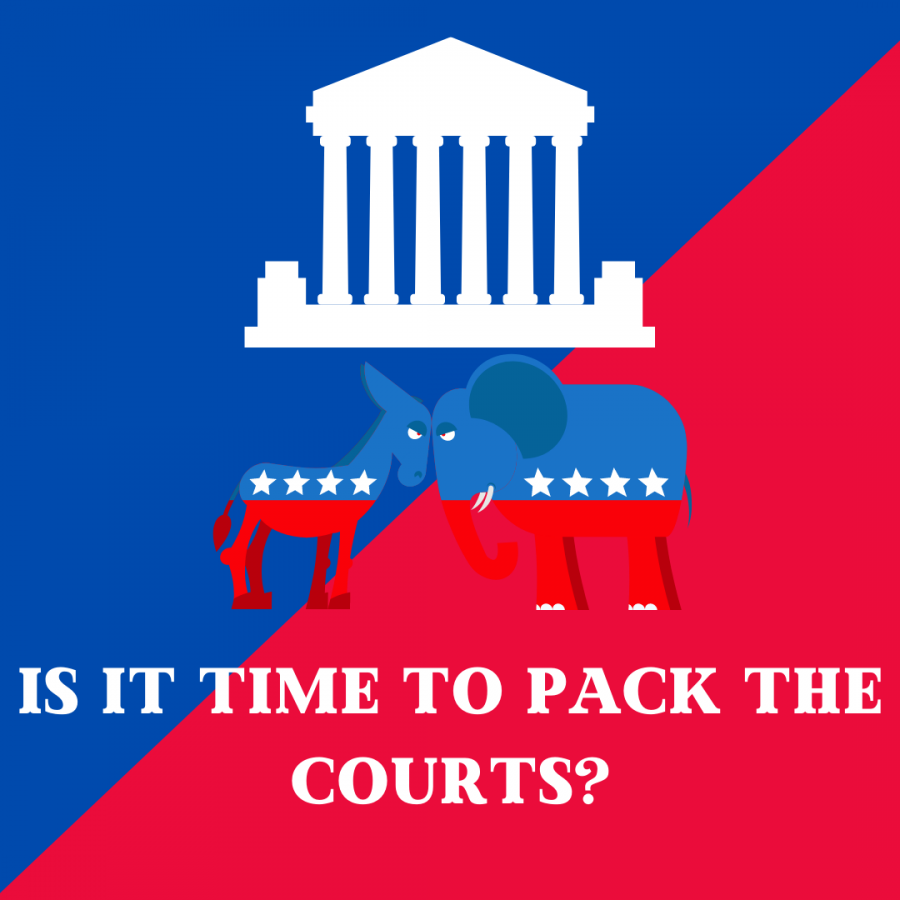 If the Democrats take back not only the White House, but the Senate too, many are calling for the Democrats to pack the federal courts with new judges in response to the GOP’s rushed confirmation of Amy Coney Barret. However, there is likely to be division within the party regarding this decision.

Democrats Have Every Right to Pack the Courts

Americans should be able to trust their elected officials to govern fairly based on values that go beyond what is written in the constitution. Fairness, honor and civility must play a role in how our civic institutions operate, otherwise our government is nothing more than a hyper partisan battleground. I can say with certainty that Republicans, in recent years, have failed in this regard.

Senate Republicans confirmed Amy Coney Barret to the Supreme Court less than two weeks before an election, not because they cared about respecting their own precedent but simply because they could. The fact of the matter is that Republicans have played dirty to push through an unpopular agenda for years.

But when you’re a party that has only won the national popular vote once after 1988 you have to resort to bending the rules to get your way. One of the clearest examples of this is how Mitch McConnel used his position as Senate Majority Leader to keep Barack Obama from making judicial appointments and force Donald Trump’s through.

After the 2014 midterms, when the GOP took control of the Senate, McConnel and the Republicans stopped holding votes on almost all of Obama’s federal, district, and, of course, Supreme Court nominees. This was not normal behavior from the Senate as historically presidents have been given the opportunity to appoint judges with the opposing party in the Senate.

Furthermore, the Senate had a tradition where federal judge appointees need the consent of both Senators from the state that their judicial district is in and the approval of a majority of senators. However, this tradition was abandoned by GOP Senators. When Trump nominated Daniel Collins and Kenneth Lee to the 9th circuit court of appeals Senators Diane Fienstein and Kamala Harris from California both disapproved. Republican Senators ignored Feinstein and Harris’ will and confirmed the judges anyway.

Given that the Democratic party is poised to take control of the presidency and congress, many are calling for Democrats to pack the courts in response to the GOP’s extreme partisan handling of America’s judiciary. In response, some voters and politicians are saying that packing the courts would be an unnecessary and extreme retaliation on behalf of the Democrats. However, why is it wrong for Democrats to pack the courts after Republicans have done virtually the same thing recently?

So while it is fair to say that Democrats would be breaking judicial norms similar to the way Republicans have if they choose to expand the court, there is still some historical precedent for it.

If the Democratic party wins overwhelmingly on election day,, it should be taken as a sign that the American public wants a drastic change in the values their government prioritizes. This means that the conservatively dominated judiciary must be overhauled with new judges that will guide America in the direction voters choose. Like McConnell reasoned when he refused to hold a vote on Merrick Garland, If packing the courts is the only way to get there, then it is absolutely necessary.

Packing the Courts is Bad for America

With the induction of Amy Coney Barrett as a Supreme Court Justice, people across the nation are anxious to see if the Democrats are going to go through with their rumored court-packing plan, a plan that even the late Justice Ruth Bader Ginsburg opposed.

“I think it was a bad idea when President Franklin Roosevelt tried to pack the court,” said Ginsburg to NPR’s Nina Totenberg. “If anything [it] would make the court look partisan.”

In the late 1930s, President Franklin D. Roosevelt tried to pursue a court-packing plan in order to pass his New Deal legislation, a program that the majority of justices and even the public did not agree with.

The Constitution writes that for as long as a president is in power, when the opportunity arises they have the power to nominate someone to fill the Supreme Court. This seat can only be filled after consent is given from the Senate. When Mitch McConnell lifted the filibuster on Supreme Court nominees, the Senate was able to vote Amy Coney Barrett into the supreme court.

Because McConnell refused to lift the filibuster in 2016 when Obama nominated Merrick Garland to fill the vacant seat left by Justice Antonin Scalia, it is clear that now the GOP is going about doing whatever they can get away with.

By packing the Supreme Court, the Democratic Party would be doing the exact same.

The court-packing scheme does not consider the long-term outcome, but is rather just following the GOP’s example of seizing whatever opportunity the moment has to offer. Court-packing isn’t a permanent solution, as the GOP could easily repeat the same process once they hold power in the executive branch.

This never ending process will ultimately only lead to a court of unmanageable size and increased partisanship.

For Biden to enlarge the Court as well as be the one to unilaterally appoint the new justices would defeat the purpose of checks and balances. This directly feeds into the partisanship of the court, and further motivates the GOP to follow through with the same plan and continue the cycle.

According to a survey taken in July, only 19% of Republicans and 30% of Democrats are in favor of expanding the court. This survey was taken before the death of Justice Ginsburg, but she was hospitalized before the survey was taken.

The amount of support is about 20% lower than that of Roosevelt’s plan in 1937, which was put in place in order to enact a program that much of the public was not even in support of.

The current motivation behind both parties is just to do whatever is the most beneficial to either party at the given moment. There is a complete and utter disregard for what is better for the long term.

We saw examples of this mindset when McConnell voided Garland’s nomination, and we are now seeing it four years later as the Democratic Party threatens to pack the Court if Biden wins.

The Express • Copyright 2023 • FLEX WordPress Theme by SNO • Log in