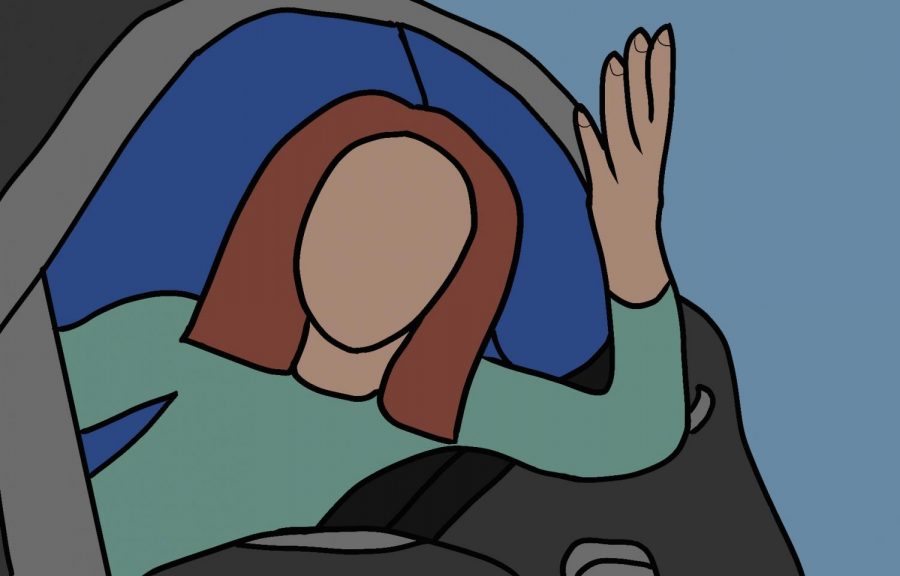 The new late start schedule and the traffic that it has caused has sparked controversy among San Juan Hills students and families.

Late Start: A Benefit or A Drawback?

Late Starts Mark the Beginning of a Well-Rested Tomorrow

By now, almost every SJHHS student has voiced their complaints about Monday late start traffic. After all, who wants to start their week in lines that snake down Ortega, up Antonio, and across La Pata?

The traffic has caused many to take issue with the school’s implementation of late start Mondays this school year. But, while traffic may be irritating and tiresome, the benefits of starting school later, even for just one day a week, will be felt by students for much longer than the irritation of half an hour spent waiting to get into the school parking lot.

Earlier school starts make it impossible for teens to both follow their body’s natural sleep schedule and get a healthy amount of sleep.”

Administration designed this new schedule with purposeful intent. Starting next summer, the state of California will mandate that all high schools start no earlier than 8:30 am. This switch to late start Mondays is preparation for what is to come  in the next school year.

Even this year, with just one day beginning at 8:30, students will already start to feel the benefits of additional sleep.

Almost all scientists are in agreement that teenagers need 8-10 hours of rest each night. Despite this, the American Academy of Sleep Medicine reports that only about 3 in 10 high school students will reach the benchmark of 8 hours of rest a night. Many medical experts blame schools’ early start times for this phenomenon.

Early school start times, especially for students with zero periods, force students to go to bed at 9 or 10 pm to attain 8 hours of sleep, which ultimately disrupts their circadian rhythm. Circadian rhythm marks the times at which our bodies release melatonin. A “phase delay” in adolescents’ circadian rhythm means that we are biologically coded to naturally fall asleep only after 11 pm. Earlier school starts make it impossible for teens to both follow their body’s natural sleep schedule and get a healthy amount of sleep. Often, the homework load and time commitment of extracurriculars and AP classes make it very difficult for students to be able to even get to bed at adequate times, regardless of their biological clocks. Due to all these factors, early school schedules are leading to the prevalence of sleep deprivation among our students.

Sleep deprivation has proven to be causing serious problems for the students it affects. According to the CDC, teens who do not get the recommended amount of sleep are more likely to not get the required amount of exercise, rely on drugs like caffeine and alcohol, develop depression, receive worse grades, and get into car accidents. Later school times have been proven to increase student sleep and remedy the aforementioned issues.

Some may argue that the added sleep of just one school day with a later start time will not have a significant enough impact on student health to be worth Monday morning traffic. In reality, starting the week off well rested has a big impact on the quality of a student’s week, especially for those who take zero periods. To be awake and alert in the first 4-6 Monday classes sets a strong precedent for the rest of the week, and many students have already been seeing increases in their own work habits and overall happiness.

As for traffic, it is easy for us to remedy congestion induced problems- form carpools, walk the trail to school, ride your e-bike. Changing student lifestyles and biological sleep habits to conform to ridiculously early start times just to avoid the 40 minute Monday traffic lines in favor of the 20 minute lines we were used to? Much more difficult.

Late Start Is Undoubtedly Not Meant for San Juan Hills

Every year it becomes more noticeable that La Pata and Stallion Ridge are unable to properly accommodate the growing population of San Juan Hills, and the new late start schedule has only made this more apparent.

Almost every one of our 3000 students were impacted by the traffic nightmare on the first day of school, and while history has shown that daily traffic times decrease after the first two weeks, the late start schedule has prolonged unreasonable traffic times on Monday mornings.

The new late start schedule was a district wide decision that lacked regard for the peculiar traffic situation of San Juan Hills, leaving families and students frustrated. This drastic schedule change is not feasible for our campus layout, and constantly increasing size.

Throughout previous years there was rarely a time where every student attempted to get on campus all at one time, as in the mornings, Mondays included, zero period students came an hour earlier. Departure times of students after school becomes spread out as extracurriculars such as sports and theatre arts allow a significant portion of the student population to leave hours after the last bell.

However, as students no longer have zero period on Mondays, and almost every student has a first period class, approximately 3000 students are all attempting to get into school at the same time. This has put a strain on La Pata, Stallion Ridge, and roads in the Sendero area.

Additionally, many students request zero period courses to avoid the morning traffic before first period, however this new schedule has eliminated that benefit on Mondays for zero period students without informing them of the lost perk before they signed up for classes.

This drastic schedule change is not feasible for our campus layout, and constantly increasing size. ”

Many individuals supporting the new late start schedule have praised its ability to let students sleep longer, but this benefit has hardly been felt. Late start comes at a severe expense to zero period students, who often have full schedules of difficult classes, as they are now losing more sleep than they’re gaining with late start. Because of the  traffic delays, most students are forced to wake up and leave their homes at times similar to when they had to leave  with the previous early out schedule.

This new schedule has raised the issue of what we as a community are willing to tolerate from the district. Many of their unpopular decisions have been defendable on the basis of public health, such as the mask mandate, however there has been little justification for this new change. This shift even poses a  danger for students and families, as impatient drivers often abruptly cut in front of other cars to get ahead in line; especially when so many are now in fear of being late.

Why should we have to suffer the consequences of a decision that didn’t specifically consider us and serves no benefit?

Why should we as students be at best inconvenienced and at worst put in danger because CUSD failed to consider the layout of our campus?

Why should we have to have an aggravating start to our Monday mornings because the board has not acknowledged us?

If you want change and your concerns to be heard, attend board meetings and speak during the public opinion section or contact your board representative. San Juan Hills is represented by Pamela Braunstein, and inform them of your concerns.