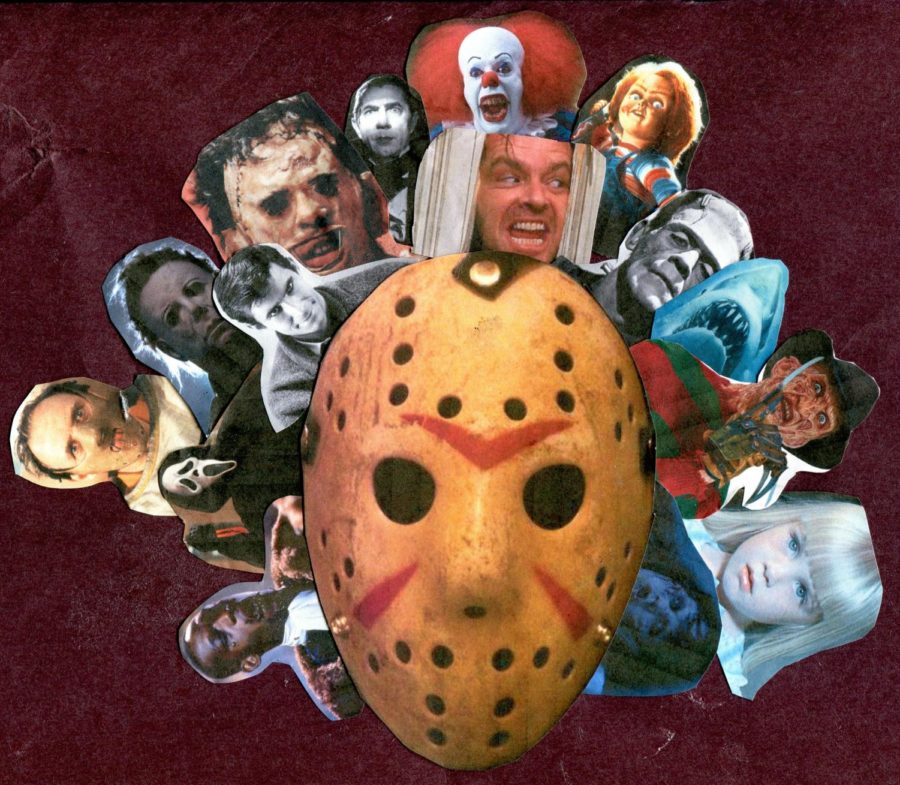 Horror movies give people one of the rawest emotions: fear. The idea that their pre-concieved notion of security is shattered can send people into a spiraling sensation of shock. I’m not talking about the dime-a-dozen, jump scare films, but real horror.

Films use suspense and terror, like how an artist uses a paintbrush, not something you add in post-production. That’s why horror is so essential to both the film industry and our own fascination with the human mind.

There’s something so mesmerizing about fear. It’s instinctive. It’s primal. It’s real. A director or actor has to be so good at what they do to leave the audience frightened enough they can’t go to sleep.

Take “Suspiria”, one of Italian-horror’s finest films; the beautiful cinematography and color grading are so seductive and inviting, all the while haunting you with some of film’s most unsettling and off-putting imagery. Say what you want about Italians, but they know how to make a horror movie.

That kind of attraction speaks volumes about the human mind and our desire for horror. We almost crave that feeling in our gut when we’re too scared to walk through the dark or sleep without the lights on. It is part of the human condition to oddly enjoy terror and it explains why we love horror movies.

Horror movies -good ones, at least- leave you with suspicion, skepticism, and survival. John Carpenter’s “The Thing” is a masterclass in suspicion and survival; trapped in the arctic, a team of scientists must survive an encounter with a shapeshifting alien, picking them off one by one.

The film delves into the darker parts of the human mind, touching on madness, trust, fear, and the unknown. There is nothing more innately human, and that is something horror does better than any other genre.

Looking past the monsters, the makeup, and the gore, horror movies have honesty. There is heart to them; not like how some cry when watching a rom-com, but the nerves you get when the horror film is over and the lights dim, leaving you in the darkened theater. Those kind of films touch us more than any other genre, and that often gets overlooked.

Horror movies are not only good, they are essential. They are unmatched in the film industry, endearing audiences with their larger-than-life monsters and their raw, grounded emotions.

From the infamous Conjuring series to The Nightmare on Elm Street, horror movies definitely live up to their name of causing horrifying terrors to their viewers. But movies, no matter what genre are supposed to cause a reaction out of their audience right? So this feeling of fear and distress is meant to happen after watching this type of genre, but do Horror Movies just take this whole ‘horror thing’ too far?

Say you’re at a friends house. You’re probably having some snacks and talking about whatever comes to mind when you eventually decide to watch a Horror Movie.

If you don’t have your blanket over your head the whole time you’re probably staring wide-eyed at the screen waiting for the next jump scare. Yeah, it may seem exciting in the moment just hanging out with friends and watching a scary movie but have fun trying to sleep that same night.

If you are one of the lucky ones, maybe you still are able to get some shut-eye throughout the night, but the odds are that you probably closed your closet door and checked under your bed, at least once.

The whole idea of horror movies are one of those ‘in the moment’ things where it’s fun while your watching it but afterwards, not so much. They will constantly have you yelling at the screen screaming “no turn around!” to the protagonist of the movie who probably has a mass murderer behind them.

Not only do Horror Movies cause lack of much needed sleep and create a habit of being housebound but also can cause a long lasting image in your mind that isn’t so pretty.”

It’s even worse that the genre demonstrates situations that could actually happen in real-life which will only add on to your all-nighters and most likely lead to you choosing to be less outgoing to avoid the frightening situation in the movie.

Not only do Horror Movies cause lack of much needed sleep and create a habit of being housebound but also can cause a long lasting image in your mind that isn’t so pretty.

Whether it’s a gory death scene or some sort of exorcism shenanigans, events so terrifying can really leave an imprint in your brain that’s hard to rid of. Your sleepless nights will carry on for weeks even months in advance, as the gory images keep replaying through your head.

Let’s not even start about watching a Horror Movie alone. Say goodbye to your own space and hello parents’ room for the rest of the month.

All this added stress watching a Horror Movie can cause is very unhealthy, and as your health is the key to living, why would you intentionally risk it to watch an hour or two of a frivolous motion picture?

All in all, if you are one of the select few people who can handle a horror movie without being affected whatsoever I really appreciate you, but for the rest of us, I can’t help but stress enough how dumb of an idea watching a Horror Movie really is as the indefinite consequences really aren’t worth it.