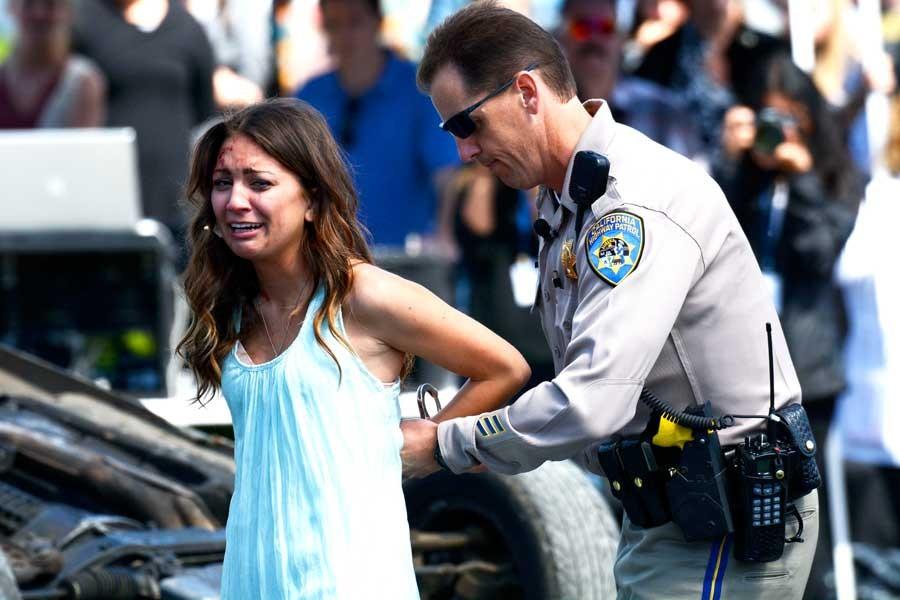 Devyn Madrid (12), who portrayed the drunk driver, cries as she is getting arrested for driving her friends to prom after having a few drinks.

Every 15 Minutes is a two-day, state-funded staging of a realistic and graphic mock car crash crash scene that uses student actors to depict an actual event. The presence of fire, police, and emergency personnel adds to the realism. All juniors and seniors will see the presentation, which is repeated every two years at SJHHS. The mock crash culminates in the arrest of the student driver who caused the deaths of two of her friends. This was the first year a female played the role of the intoxicated driver in the simulation. Throughout the day students were removed from classrooms by CHP officers and a “grim reaper” at the rate of 1 every 15 minutes, to signify the numbers of people killed or injured every year in alcohol related car accidents. An obituary was read for each student. On day-two the “dead ones” are reunited with their families at an assembly after spending the night in a hotel without access to communications technology.