After a victorious season, the boys made their way to CIF semi-finals 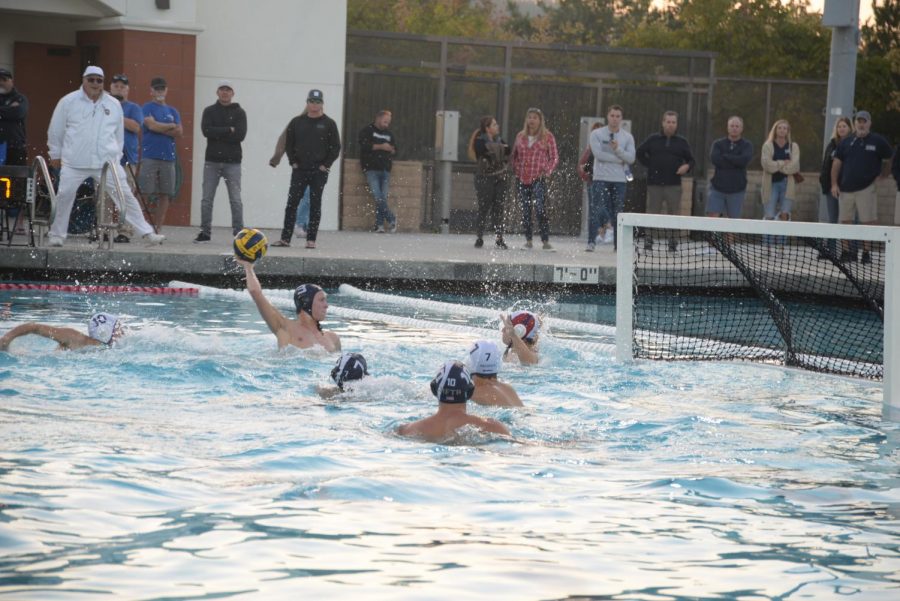 Boys Water Polo wrapped up their 2021 season with plenty of accolades under their belt. First in Sea View Leagues, the boys made it all the way to CIF Semi-Finals, where they lost by a margin of only 1 point.

Winning 20 games in a single season is no small feat.

Winning 8 of your 9 league games and climbing to first place in the same season–all the more challenging.

For months the players have been training hard, spending hours devoting themselves to conditioning and time in the pool. “We’ve been working our hardest to get to the point we’re at right now,” said senior player, Areea Jabbour.

All of the players worked with the full intention of making it to CIF, and they were driven to the championship by their love for the sport and their teammates. Seniors especially made sure that this season would be one to remember. “Being a senior and all, it’s my last season, so I just don’t wanna have to see my last game here,” said captain Nick Lindsey.

This commitment to excellence definitely produced results in the team’s matches, winning by margins of up to 10 points against competitive teams across the county. They dominated over other Sea View League teams, including Mission Viejo and Laguna Hills, eventually earning them the first place title.

For the boys on the team, the knowledge that they had once again made it to CIF, after being awarded that victory two years ago, was extremely gratifying. “When we won, it was just relief, but there’s also just a sense of knowing that we’re not done,” said Jabbour.

The team then launched into CIF training, which consisted of fine tuning and skill training, the coaches careful not to injure any of their star players. “We focused more on plays and skills because we don’t want to tire ourselves out,” said player Ethan Hunnicutt.

The players then faced multiple intense CIF matches, adapting to new, higher stakes environments. “There’s a lot of pressure- especially like the crowds are bigger- it hypes you up but there’s also a lot of pressure to perform well,” said Hunnicutt.

The players were able to stay calm, however, especially the more experienced ones. “For some of the older guys, we’ve been to CIF before, and we’ve played in some pretty big games, so I think we did pretty well,” said Hunnicutt.

CIF games were certainly more stressful, but the support felt by the players also increased. For Jabbour, the best part of CIF games were “the crowd, everyone cheering, and your teammates being there to support you when you’re down and when you’re doing something good.”

The team ultimately secured victory in multiple CIF games, making it all the way to semi-finals, where they lost by only one point to Yorba Linda.

Overall, water polo’s journey through league and CIF matches was a very rewarding experience. “We got to keep playing as a team, and to just keep doing what we do,” said Hunnicutt.