Sports Recruiting in Limbo Due to Covid 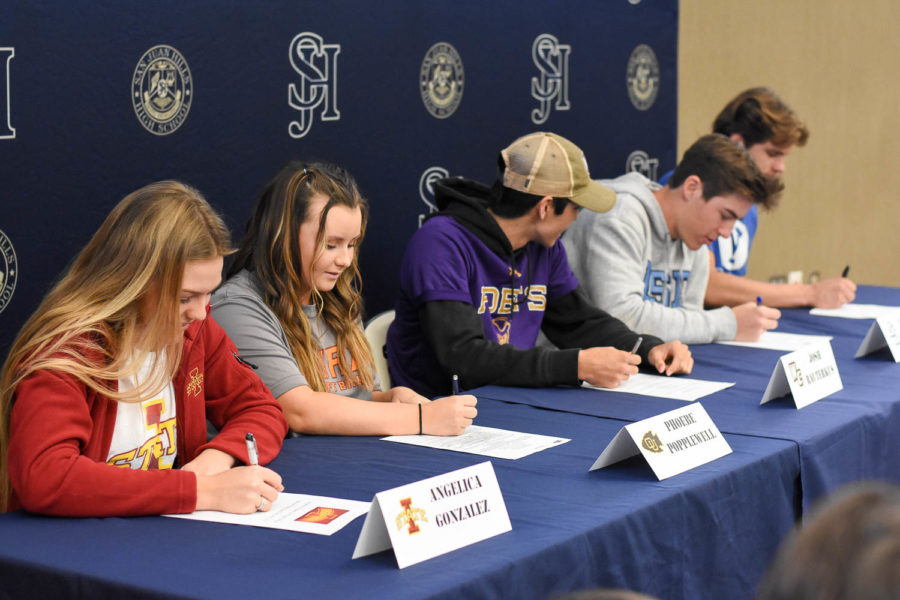 Without the ability to compete in games or train in practice, many athletes are finding it difficult to get noticed by colleges in hopes for an athletic scholarship all while finding the time, effort, and place to practice and train everyday.

“Pole vault specifically is a sport that normally requires consistent small improvements, but without stable access to a pit, I don’t really have that option,” said varsity pole-vaulter Josh Kato. “COVID-19 has eliminated most hope for me to get into a college for pole vault.”

For many student athletes the only opportunity they have to afford college is by earning an athletic scholarship, so it’s understandable to see why so many of these students are worried about college recruitment and whether or not they’ll be able to get a scholarship under these circumstances.

Even for student athletes who are in contact with college coaches, problems are still arising that are preventing them from earning a college scholarship.

“COVID-19 has prevented me from scheduling face-to-face visits with coaches until September 30 which is unfortunate because I have been collaborating with them to discuss the possibility of attending their college on a sports scholarship,” said varsity track athlete Diego Harrison.

While COVID-19 has caused many problems for college recruitment, that doesn’t mean that there isn’t any way to earn a scholarship. Many college coaches and student athletes are finding ways to stay in contact with each other despite the Covid-19 barrier.

“One thing I’ve done is set up a public profile on NCSA for college coaches to look at my running stats and achievements,” said Harrison. “I’ve used this profile since my freshman year and it has allowed me to communicate with multiple coaches throughout my junior and senior year.”

Although their seasons have been interrupted and their future is still unclear, student athletes are still training hard for a college scholarship despite everything seeming to go against them.