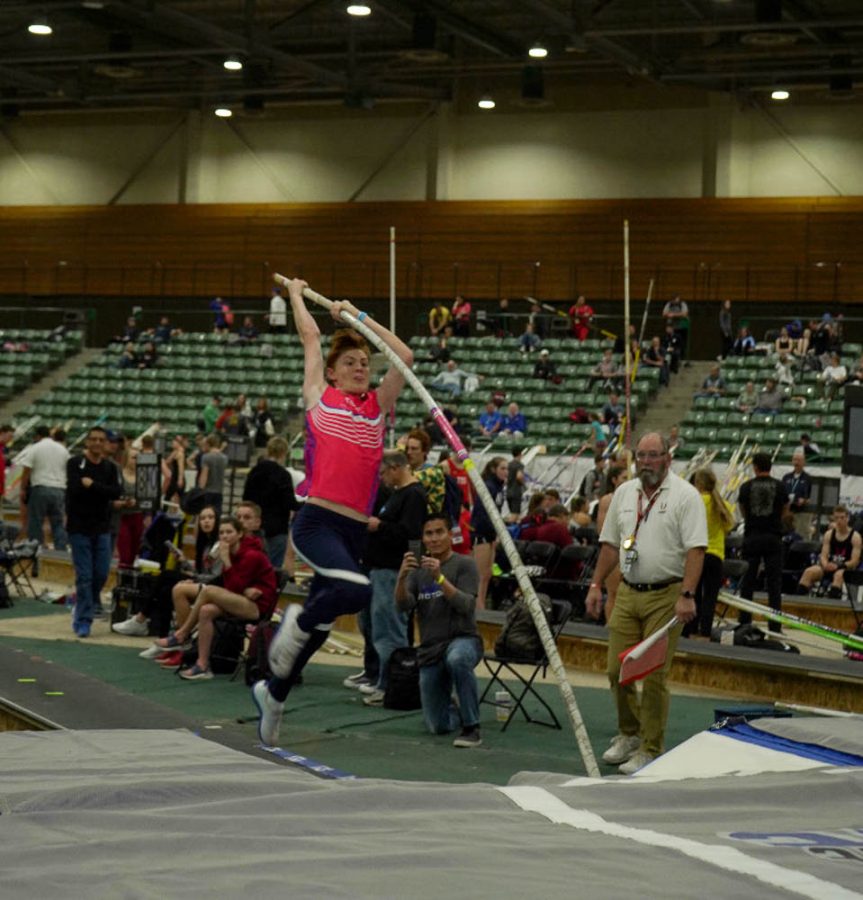 While it may seem daunting to launch 13 to 18 feet in the air, it is an everyday activity for juniors Sean Sexton and Josh Kato.
They are committed pole vaulters, participating in SJHHS’s team in the spring, and their own club teams year-round as well.
They practice different skills throughout the week, including lifting weights, practicing jumps, and running.
Pole vaulting became a sport in the 19th century, and since then has been growing in popularity.
It is an extremely dexterous sport. Holding a long, flexible pole, runners plant it down, at the same time driving their dominant knee into the air. As the pole bends, they swing their other leg up into the air, launching themselves over the bar.
This requires strength, balance, and agility. After a series of motions designed to reach optimum height, which is the goal of the sport, they safely land back on the ground.
Sexton broke the freshmen record (previously 10’6) with a jump of 11’ at league finals freshman year.
Sexton also broke the Frosh/Soph (previously 12’) and school record (previously 13’9), and ended his sophomore season with a PR or personal record of 13’11. This impressive accomplishment has given him motivation to continue.

However, according to Sexton, the most important strength is having the right mindset. “Even when failure is so common in this sport, you have to get around this, keep coming back and trying again and overcoming fears. It’s 80% mental and 20% physical,” said Sexton.
“One of the most difficult things in this sport is the mental side of it. Because progression is so easily measurable, it is really easy to get down when you haven’t made significant progress,” Kato said. “But the most important thing is to keep your head up and depend on your coach, and eventually, things will work out.”
In addition to the physical strength and strong mentality, pole vaulting is also emotionally taxing.
“The emotional polarity of this sport is also another tough part, meaning the highs of getting a huge [personal record] are really high, but the lows of no-heighting in a meet are really low,” said Kato.
The “no-heighting” that Kato is referring to is failing to make it over the bar. This is a common thing that pole vaulters must seek to avoid every day, and challenge themselves more and more as they get higher.
Both Sexton and Kato are hoping to continue jumping for their dreams through college, and are looking forward to building on their personal records this upcoming season.