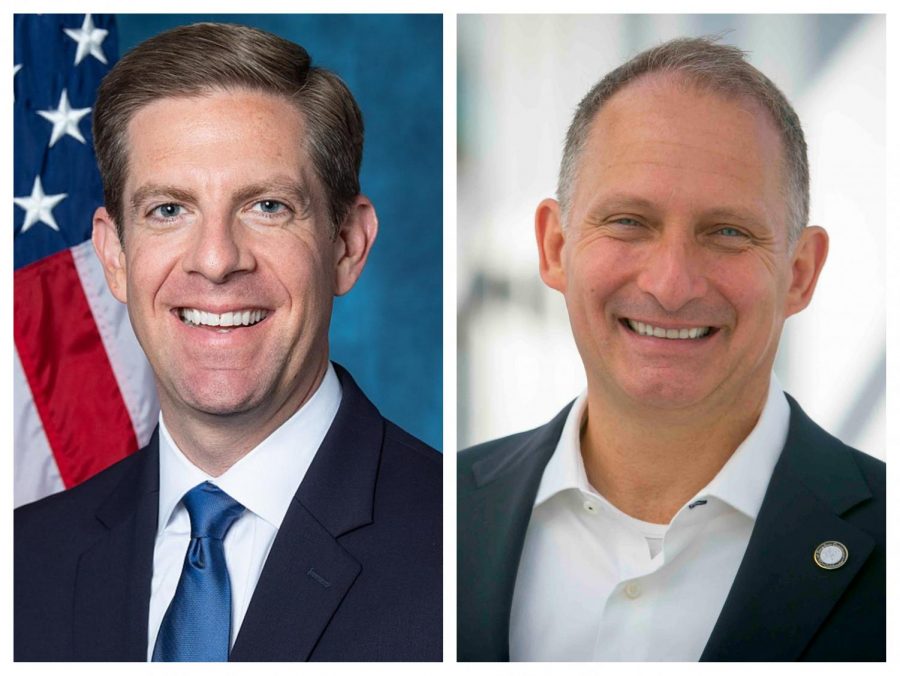 Incumbent candidate Mike Levin will face Brian Maryott in a race to win the seat of the 49th district.

The 49th district consists of San Diego and Orange County, a formerly right leaning area. Levin first won the seat in 2018 with 12.8% of the vote over challenger Diane Harkey.

Prior to his involvement in the government, Levin went to Stanford University and Duke University of Law, later becoming an environmental and energy focused lawyer. He later served on the board of the Center for Sustainable Energy, and co-founded Sustain OC, which helps to smoothen the transition to more cleaner energy alternatives.

Levin advocates for environmental change on a global and local scale. Levin is currently working to move the nuclear waste at the San Onofre Nuclear Generating Station, which is only about a 20 minute drive from SJHHS.

In his one term as representative, he has worked across party lines, while remaining towards the middle of House Democrats ideologically.

In his first term, Levin introduced 12 bipartisan bills, of which nine passed in the House of Representatives and two were enacted into law by President Trump.

In this race, Levin faces off Brian Maryott, a former financial planner, Senior Vice President of his company, where he administered hundreds of employees and billions of client assets, and current mayor of San Juan Capistrano.

If elected, Maryott says he would oppose nationalizing healthcare, work to improve the economy in ways such as reducing social security taxes, and expand tax reform.

Regarding the environment, Maryott’s website claims he will, “Immediately support and join the effort to restart the creation of a deep mountain repository for nuclear waste,” if elected. Maryott is interested in finding a cheaper approach to environmental issues in comparison to the Green New Deal, which Levin supports.

As of October 13th, Levin is ahead of Maryott by 20 percentage points, and 56% of voters say they would vote for Levin, while 36% would vote for Maryott, according to the San Diego Union-Tribune.

In California, voters are currently able to vote in the local and national elections using their mail-in ballot, or they may show up to the polls. Visit the candidates’ websites for more information.