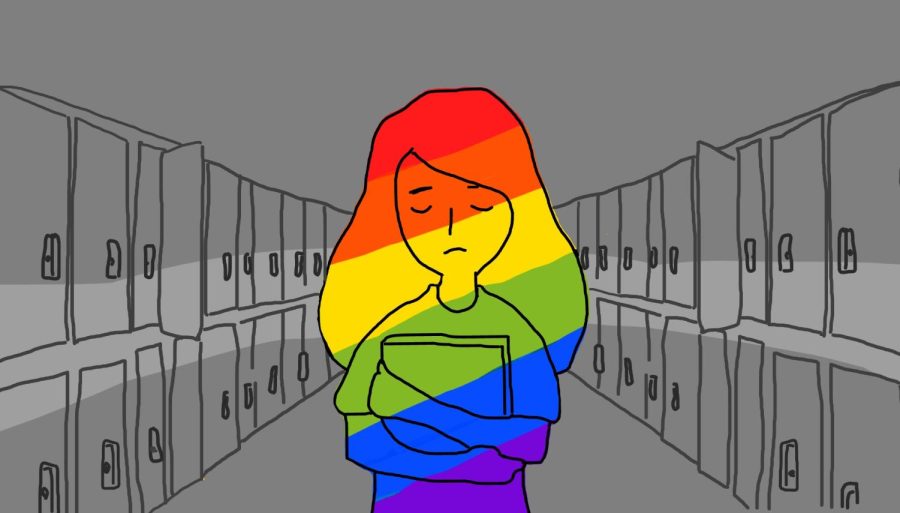 Florida Gov. Ron DeSantis signed the so-called “Don’t Say Gay” bill which states that “classroom instruction on sexual orientation or gender identity may not occur in kindergarten through grade 3 or in a manner that is not age-appropriate” for public school students.

These were the words of openly gay comedian and actress Wanda Sykes in reference to Florida’s so-called “Don’t Say Gay” bill during the opening monologue of the Academy Awards held on Sunday. Sykes and fellow hosts Regina Hall and Amy Schumer proceeded to chant “gay” numerous times, immediately sparking national attention – and a pretty comical reaction from the audience at the show.

Beyond the stage of the Oscars though, the “Don’t Say Gay” bill, officially titled as the “Parental Rights in Education” bill, has recieved a great amount of criticism nationwide since it was passed in Florida at the beginning of March. While the parameters of the bill are particularly vague, the bill essentially states that “classroom instruction on sexual orientation or gender identity may not occur in kindergarten through grade 3 or in a manner that is not age-appropriate” for public school students.

Florida Gov. Ron DeSantis signed the so-called “Don’t Say Gay” bill on Monday, one of the many championed bills focused on culture-war issues such as sexual orientation and abortion.

Advocates of the bill claim that conversations about topics like gender identity and sexual orientation aren’t “age appropriate” for students in the primary grades and that many opponents are mislabeling the intent of the bill, accusing it to be blatantly discriminatory.

The word “gay” isn’t explicitly said anywhere in the bill though, so how can it possibly be discriminatory?

That’s the problem. The “Parental Rights in Education” bill, as well as many others in the line of legislation regarding cultural issues, are purposely written with plain language and vagueness. The bill’s uncertainty on enforcement and regulation measures will only make it more difficult for certain teachers to be themselves without worrying about whether or not they might violate the law with what they say.

“If you keep a bill really vague that means you’re just going to have a lot of teachers acting out of fear, and so they won’t mention something in a classroom because they are worried that it will be against this really vague bill. A part of the bill means that parents are allowed to take legal action against schools if they feel like the bill has been violated,” said English teacher and openly queer educator, Flint.

While the “Don’t Say Gay” bill only specifically mentions classroom instruction pertaining to school personnel, on a larger scale, the bill will have a serious effect on the future generations of children in Florida, especially the nation’s LGBTQI+ youth. The ban of discussion about LGBTQ topics in the classroom will isolate queer students and deprive many of the chance to gain information and affirmation of their identities.

Studies have shown that LGBTQ youth are more exposed to risks surrounding mental health and suicide compared to their straight or cisgender peers. According to The Trevor Project’s National Survey on LGBTQ Youth Mental Health in 2020, “40% of LGBTQ respondents seriously considered attempting suicide in the past twelve months, with more than half of transgender and nonbinary youth having seriously considered suicide.”

However, lower rates of attempting suicide were reported by LGBTQ youth who had access to spaces that affirmed their sexual orientation and gender identity” While online spaces are one of the major LGBTQ-affirming spaces available for LGBTQ youth, schools are lifelines for information and should promote not diversity and discussion, not ignorance through silence.

“In my classroom, in English, I think that discussions of every different kind of way to be alive is an incredible part of studying literature. Understanding perspectives is sort of the point of an English class and so continually having LGBT voices makes sense just because that’s what the world is comprised of. The world is comprised of cisgender voices, trans voices, straight voices, and gay voices and we need to make room to understand everyone or at least to hear from everyone,” said Flint.

Regardless of the vagueness of the “Don’t Say Gay” bill, there is no justifiable reason for the intentions of the bill. Think of it this way: what problem is the bill trying to solve? Who is it trying to protect? While the title of the bill preaches protection of parental rights and notification requirements, it’s evident that it is just another piece of legislation aiming to marginalize the nation’s LGBTQ youth.

It is entirely unreasonable to ban discussion about the important – and clearly unavoidable – realities of our world and its history. To claim that LGBTQ history is unimportant or harmful to talk about is senseless. History is history, the truths of our society should not be silenced.