What Teachers Sacrifice When They Step into the Classroom 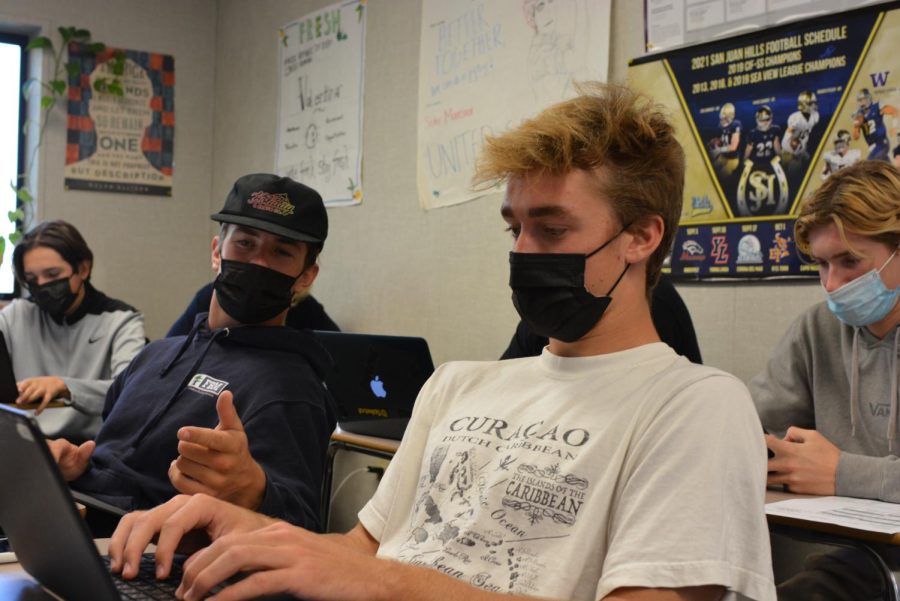 Seniors in American government classrooms operate off of a curriculum which focuses on major events that have helped to shape the modern political world.

Policies within the public education system force teachers to submit to political neutrality at the expense of their opinions. These laws are discouraging, as their First Amendment rights should be protected in and outside of a classroom setting. For our educators to not say anything in the face of the censorship of Black Lives Matter movements or Capitol insurrections is terrifying, perpetuating systems which protect racism, ignorance, and violence.

To ask teachers whose political opinions are shaped by their core values to sacrifice them the second they step foot on a school campus is wrong. Just as students should unapologetically explore their political values and grow into their beliefs, they should be exposed to teachers who unapologetically do the same.

Schools foster and cultivate education among staff and students alike, and the best way for both parties to learn is from one another. While teachers should not be putting political twists on historically factual areas of curriculum, to offer their two cents in a government class or civics class should if anything only be limited, but not forbidden.

In a public education system, one could argue education itself is already politicized. School districts who force their employees to adhere so strictly to political neutrality risk their educators being too afraid to even discuss current events for fear of reprimand. Anything can be shaped to sound political, even something as basic as enfranchisement.

Studies conducted have proven that the influence of teacher opinion over that of their students is minimal, and not nearly enough for teachers to avoid political disclosure altogether. The opinion of an educator will, if anything, inspire students to do further research on their current beliefs, and will likely either solidify or factually correct what they already know.

As long as teachers do not go past merely sharing their opinion, it will not affect the classroom climate. As long as these beliefs are not being forced onto students, and distracting them from learning or completing classwork, it will not affect the classroom climate. Education will always be written with inherent bias, it is important to help students distinguish this bias by exposing to them what biases from educators look like to begin with.

Teachers should encourage students to enter the political sphere and make their voice within our democracy heard, as some individuals are privileged to even have their voice heard at all. It is better to learn this as we grow, rather than grow up thinking our minds do not matter until we become of age to vote.