The Domination of Christianity in the US 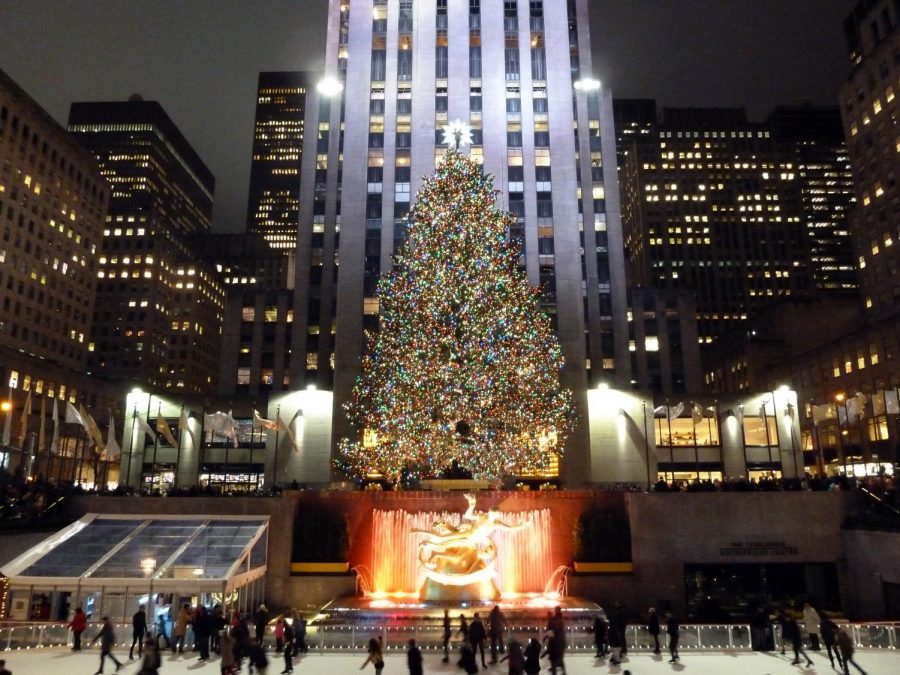 The Rockefeller Center Christmas tree is an annual tradition in Manhattan, New York. Every year, a public ceremony is hosted for the lighting of the tree, and throughout the holiday season, attracts around 125 million tourists.

In God we trust.

It’s written on every American dollar bill and declared by Congress in 1956 as the official motto of the United States of America.

Religious right-wing activists believe the US was founded to be a Christian nation, given that Christian practices and beliefs claim around two-thirds of citizens and are heavily integrated into so much of American culture, despite rights to religious freedom protected under the First Amendment. It is even integrated into The Pledge of Allegiance, which states “one nation under God,” its recital repeated every morning during our third or fourth period class, and in almost every American public school.

While not everyone regularly practices, or believes in Christianity, the Christian celebration of Christmas dominates the media when it comes to the winter season, leaving other holidays like Hanukkah or Kwanzaa to be overlooked. Christmas trees are displayed in most shopping centers and malls, and starting from November 12 through the end of the season, listeners can tune in to 103.5 KOST FM blaring exclusively Christmas music.

Still, with “Christian culture” being so strong in the US, around thirty percent of Americans practice religions other than Christianity or have no religious affiliation at all.

Christian ideologies also infiltrate governmental decisions and policies. The abortion debate is extremely prevalent in politics and influences many policies. Despite Roe v. Wade, as of December 2, 2021, receiving a medical abortion after seven weeks of pregnancy is considered a felony in Texas; with seventy-seven percent of White Evangelical Protestants believing abortion should be illegal in all/most cases, and eighty-two percent of religiously non-affiliated individuals believing abortion should be legal in most cases.

For many years, same-sex marriage was illegal, the Supreme Court striking down all bans only in June of 2015. Marital rights regarding members of the LGBTQIA+ community are still—six years after legalization—being questioned and challenged by right-wing Christians.

Secularism has skyrocketed in the past few years as representation for other religious affiliations becomes increasingly popularized.

Religious expression should not be discouraged, and while the majority of media coverage revolves around Christianity, there is room for expression of all religions in American society as our country continues to diversify.