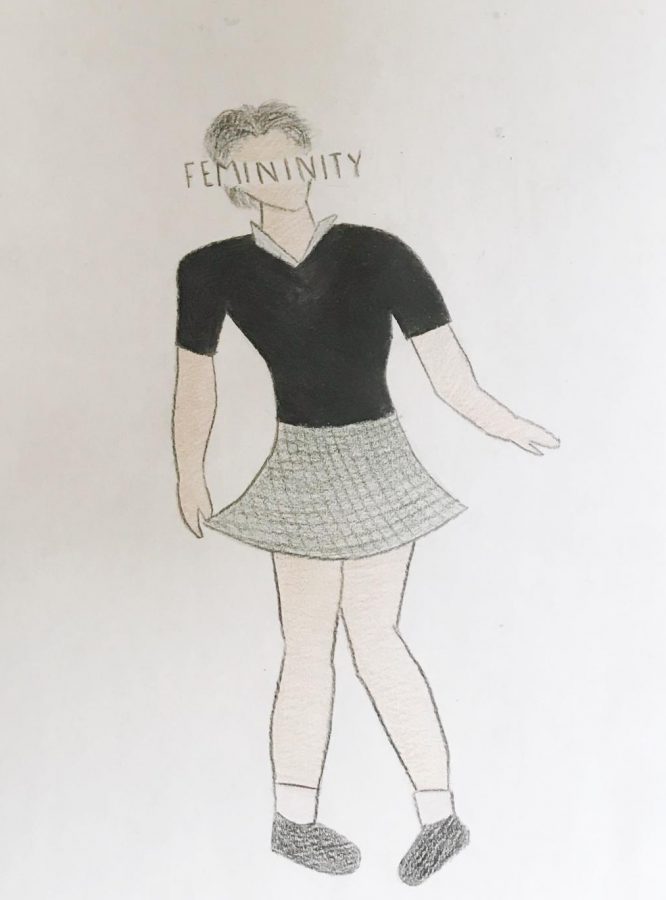 Men, teenage boys especially, are breaking gender norms to express their individuality and prove that femininity is inclusive. Boys can now be seen wearing skirts and dresses on the regular, embodying the idea of feminism as the face of masculinity.

Masculinity is granted a new, inclusive face with “Femboy Friday”, embodying femininity as a form of manliness.

The term “masculinity” has been stereotyped for centuries, caging men of all ages to appeal to a certain formula. Expressions like “Be a man” or “Men don’t cry” are unfortunately used so strenuously to the point of characteristics and individuality being harbored.

It’s time to denounce this stereotype.

Despite this phrase seeming reserved for friday, it’s not actually exclusive to one specific day. Pictures and videos are posted all days and times of the week, phenomenal displays of feminie masculinity and all.

“Femboy Friday” isn’t actually about the term and hashtag in itself, but rather the impact it has. The more this term is being used, the more skirts, makeup and dresses become a norm for men, where they are then able to feel more comfortable with embracing femininity.

This doesn’t necessarily mean that as a man, you have to suddenly wear a skirt, or put on makeup to be this new idea of masculine. Instead, it gives the promotion of feminie attributes as a form of masculinity for those who want to embody them.

This movement to denounce stereotypes amongst men, or otherwise known as toxic masculinity, is not exclusive to “Femboy Friday.” People have been trying to influence departure from gender norms for years, including male artists David Bowie and Prince, who are widely known for their feminine choice of attire and usage of makeup.

Even today, male artists such as Harry Styles and Yungblud have been huge advocates to the cause.

As it happens, even now, with influencers like these to look upon, embodying masculine femininity is not necessarily easy. Several individuals, wanting to keep gender norms, harp on the idea of femininity in men. Toxic masculinity refers to this enforced norm, where men who want to express femininity are restricted to be the “traditional” ideas of a male.

This is why “Femboy Friday” is so significant, it harps on an issue so incredibly important, which affects several male individuals worldwide. It brings on the idea where femininity is not exclusive to a woman, nor should it be.

Whatever gender one may resonate with, including non binary individuals, you shouldn’t be pressured to live by a stereotype, or by what is considered “normal.” Women don’t owe you femininity, nonbianary people don’t owe you androgyny and men definitely don’t owe you masculinity.