Making Pronouns Visible is an Important Part of Allyship 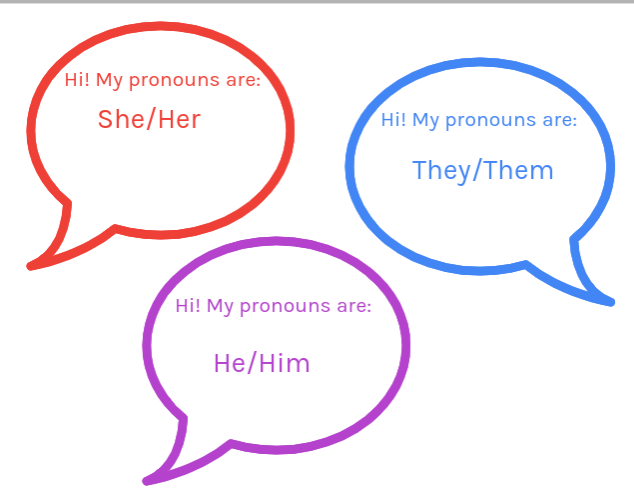 Its super easy to make your pronouns visible, to be an ally. Put your pronouns in your bio or include them when you introduce yourself.

Pronouns are something that you don’t really think about . . . unless you do. So for many people who do not use the pronouns of their sex at birth, it can be a difficult minefield to go through; however, a great way to support is through making your pronouns visible.

Going back to early English lessons, pronouns are a way to replace nouns in a sentence. For example, “I got apples at the store. They taste delicious.” Used to make speaking or writing more concise, they (another pronoun) are something that people use so often, the use of them can slip by unnoticed.

There are many different types of pronouns. He/him, she/her, they/them (in the singular or plural) are some more commonly known ones. Then there are neopronouns, which are just more recently created pronouns. For example, ze/hir/hirs and ey/em/eir are neopronouns that are not as well known, but still completely valid.

When someone is struggling with their gender identity, a pronoun can mean everything to them. The use of a correct pronoun can completely change a person’s outlook and make them feel more comfortable in themselves.

One of the best and easiest ways to help support the transgender (people who do not identify with their sex given at birth) community is by simply adding your pronouns somewhere visible. You can put them in social media bios, next to your zoom name or anywhere else that can be seen. The point of making your pronouns visible is not only a sign of allyship, but also can keep trans people safer.

If only trans people put their pronouns in their bios, then it acts as a signal that this person may be trans. This can attract all sorts of horrible people, and have negative consequences. However if cisgender (people who do identify with their gender at birth) put theirs in too, then it takes away the idea that only people who are trans have it there. It keeps them safer, by deterring some of those bad people away.

Using someone’s correct pronouns and respecting their existence is not hard, and taking it one step further to be an ally, makes it ten times better for so many people.