The Meaning Behind ACAB 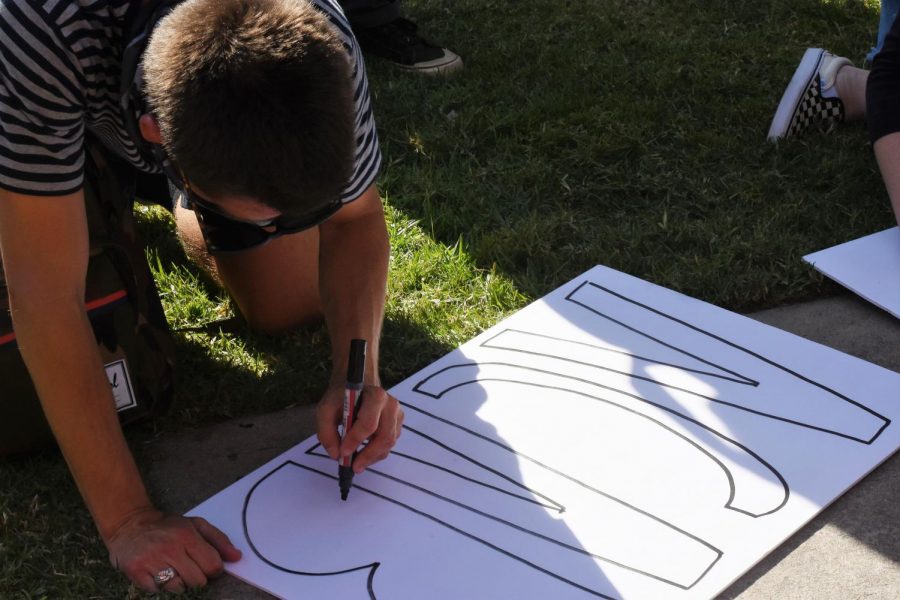 During the San Clemente Black Lives Matter Protest, a protester writes "ACAB" on a sign. Throughout the protest, people carried signs that showed their support for the Black lives matter movement.

The movement does not mean that cops cannot be good people, but however good a cop may be does not account for the fact that they belong to a system which has historically targeted minorities, particularly people of color.

The word “bastard” is taken from the term “bastardized,” which is defined as “to reduce from a higher to a lower state or condition”. When put in terms of the ACAB movement, it means the United States police force has been reduced to a state of corruption.

The institution has taken advantage of the power given to police officers and used it to excuse multiple instances of police brutality. To argue that there will be no one to protect the people with the reduction of police funding is an ignorant argument which fails to recognize how the police system has targeted minorities who do not have the privilege of protection offered by the force.

Positive experiences with police officers you may know personally do not justify years of injustice under a broken system beyond reform. To mend it, society needs to rebuild the system from the ground up.

The goal of defunding the police is to reduce police budgets. The money collected from the overfunding of police officers would be reallocated to different social programs to help first-responders become better suited to respond in more specific situations. It would go into education programs, public health programs, housing, and youth services.

Earlier this year, before the growing number of activists in the Black Lives Matter movement began to demand action, the police budget of the LAPD was $1.8 billion. In June, they declared they would reduce funding by $150 million by the next fiscal year.

To see defunding the police as a loss of money is not the right way to look at it, but rather giving money to the people who need it the most. To not use your voice is a privilege, and right now we should be doing as much as we can to use the privilege we have to shed light on voices who have been silenced for centuries.