Rep. Rashida Tlaib has the Right to Speak Her Mind 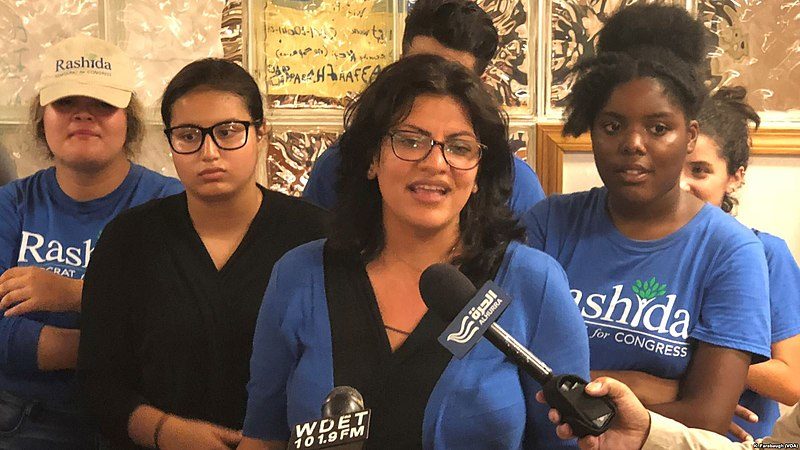 The First Amendment of the U.S. Constitution gives American people Freedom of Speech, and since its creation in 1789, it has become a staple of the American way of life. Yet when Representative Rashida Tlaib exercised that right while at an event, many unfairly pounced on her statement.

“We’re gonna go in there, and we’re gonna impeach the motherf*****,” Rep. Tlaib exclaimed to a crowd after being sworn in.

As a Representative, Tlaib was elected to speak her mind, but once she does, suddenly it becomes a problem.

Many don’t necessarily have a problem with her speaking on what she believes, more of how it was worded.  Cursing has become a common way of expressing oneself, especially when they are feeling any extreme emotion, which is what she was feeling that night.

The degree of which this situation was taken to was unnecessary compared to other controversial statements in that past made by other political leaders. Many of those who are not happy with what she said often choose to ignore the offensive comments that the President makes towards anyone who disagrees with him or dislikes him. But as soon as she insulted Trump, she was a “disgrace” to her family.

Whether you agree with her position on whether or not to impeach President Trump, no one should be penalized for exercising their First Amendment right.

At the end of the day, many of the Republicans who attacked her for her free speech are the same ones who have been preaching freedom of speech and expression since day one. If one has the desire to criticize someone, it would be more logical to base that critique off of her policies, rather than her language.