Hillary Clinton: Continuing the Criminality of the Family Name 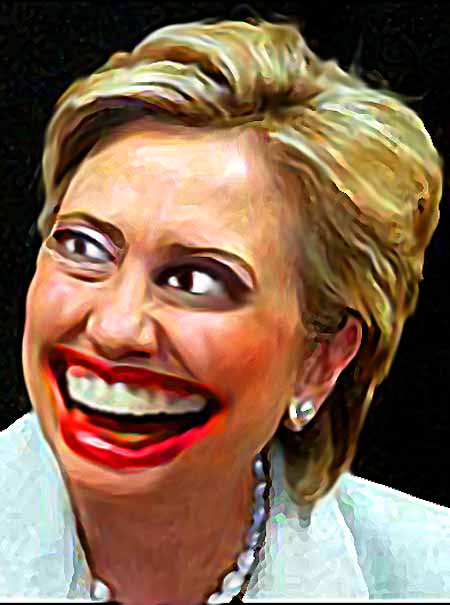 Scandal is not unheard of  when it comes to the Clintons. Bill Clinton and his wife have been buried in criminal allegations over the years: involvement in drug trafficking, prostitution, money laundering, perjury, and execution of and cover-up of murder (particularly with the death of Vince Foster) come to mind as a start.

Most recently, Hillary Clinton has come under fire for utilizing her own private email server while working as the U.S. Secretary of State, effectively masking government documents from the public view.

This is not the first time that she has been scrutinized, and it will not be the last, as she has recently announced that she will be running for the office of President of the United States for the 2016 election.

But after all, she is a politician, and politicians are perused for illegal activity on a consistent basis. One would think this ironic, as politicians take an oath to uphold the rule of law, and thus it would never be assumed that they would turn their backs on the laws they swear to uphold, right?

(a) Whoever willfully and unlawfully conceals, removes, mutilates, obliterates, or destroys, or attempts to so, or, with intent to do so takes and carries away any record, proceeding, map, book, paper, document, or other thing, filed or deposited with any clerk or officer of any court of the United States, or in any public office, or with any judicial or public officer of the United States, shall be fined under this title or imprisoned not more than three years, or both.

(b) Whoever, having the custody of any such record, proceeding, map, book, document, paper, or other thing, willfully and unlawfully conceals, removes, mutilates, obliterates, falsifies, or destroys the same, shall be fined under this title or imprisoned not more than three years, or both; and shall forfeit his office and be disqualified from holding any office under the United States.

Can anyone read this section of law and deny that–because the allegation that she utilized a private email server and wiped it clean is true by her own admission–Hillary Clinton is not disqualified from holding the office of President of the United States of America?

Nevermind the fact that Clinton attempted to cover up the details surrounding the terrorist attack in Benghazi, Libya and allowed four American citizens to die in order to make it appear to voters that President Obama had nearly eliminated the threat in the Middle East.

Nevermind the fact that she violated House rules multiple times while working for the House Judiciary Committee in 1974 during the Nixon investigation.

Nevermind the fact that she has already covered up documents before in an attempt to keep her record clean.

Nevermind all these scandals and the rest of them–this email situation proves her guilty enough.

Hillary Clinton has engaged in the practice of willfully and unlawfully concealing, removing, mutilating, obliterating, falsifying, or destroying important government documents she received while Secretary of State. The nature of the private email servers she and her aides used was not secure from intrusion, and it also was capable of fully deleting emails.

Given these circumstances, it is illegal for Hillary Rodham Clinton to be our next President, and under the previously quoted U.S. Code Title, she ought to be “fined…or imprisoned not more than three years, or both.”

If we are to be a nation that has any respect for the rule of just law, we must take heed our legitimate laws and enforce them–even if it means that an incompetent unethical woman cannot become our first female president.