Virtual Enterprise Ranks Third in Nation For Business and Finance 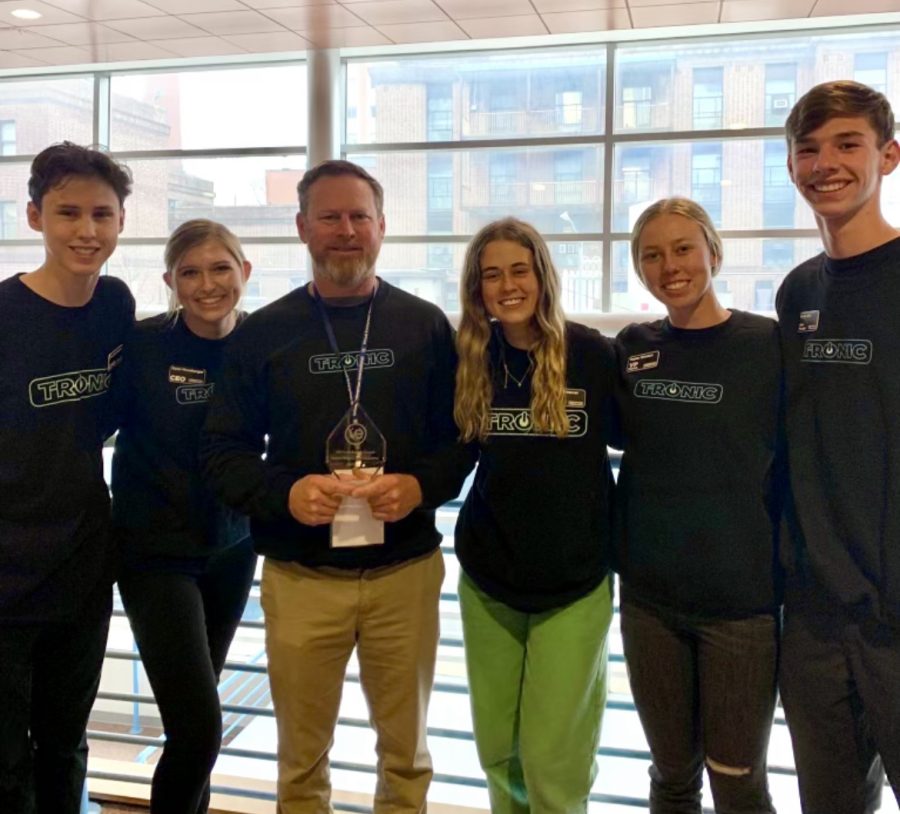 Out of over 1,000 competitors, Virtual Enterprise’s business and finance team placed third in the nation at the Spring Break competition in New York City. After winning fourth and seventh place in California at the state competition in Bakersfield, both teams, Tronic Bikes and Everlasting, spent four days in New York to present their businesses, and it is safe to say that they did not disappoint.

The competition consists of around 40 teams breaking down the details of their business to judges, elaborating on the marketing plan, swot analysis, and business risks. From the 40 presentations, the judges narrow it down to the top eight, and from there the top three.

“The easiest way to explain it would be like Shark Tank. But instead of a pitch, you present a ten minute presentation that you’ve been working on the entire year,” said junior, Alex Bryan, a member of the Tronic Bikes business plan team.

Tronic Bikes, Virtual Enterprise’s E-Bike business, ranked third in the nation in both the business plan and finance categories. The scores for marketing are yet to be determined.

“It was exciting. It felt surreal because going into it, I’d never been to New York, so I didn’t know what the level of competition would be. And when we got there they told us that we were in the running for first place in the country. It was crazy,” said junior, Rachel Warner, also a member of the Tronic Bikes business plan team.

Everlasting, a smart refrigerator business, finished the competition with much success as well, the business plan team making it into the top 20, and the QuickBooks team in the top 13.

Not only was the trip a great opportunity for the teams to showcase their business skills, it also gave the students a chance to bond with their classmates outside of the classroom.

“I don’t even go on trips with my friends, so to go on a trip with my class – it was so much fun,” said Warner.

The group of about 20 students made memories of a lifetime on their trip, ranging from the excitement of success to the laughs at team dinners.

“The biggest excitement of winning finance was when we beat a finance academy. Their school name was New York Finance Company, and we are just a public school from California. So that was pretty cool. We were all excited,” said Warner.

While some may assume that the students’ favorite memories were the ones where they were dominating the competition, it is clear that the best moments of the trip were not just business related.

“There was an entire team dinner, about fifteen of us, and Rachel accidentally ordered two entrees because the menu was in Italian and she didn’t understand it. Even though the rest of us knew to only order one thing, she spent like 50 dollars. It was a sixth of the total bill, definitely one of the funniest moments of the trip,” said Bryan.

But, it wasn’t only the students sharing laughs on the daily. Even their teacher, Jeremy Wooten, had a fun time bonding with his classes.

“In Bakersfield, Mr. Wooten would tape our doors at night so we couldn’t leave. But in New York, they messed up the rooms, so we were all on separate floors and he couldn’t tape our doors. So on the last night, we decided to tape Mr. Wooten’s door as a joke,” said Warner.

After four days in the city, Virtual Enterprise has not only proven their immense talent and success, but the special bond they share with one another. They aren’t just a business class, rather a small family – and family always comes out on top.