Reopening the Door for In-Person Learning 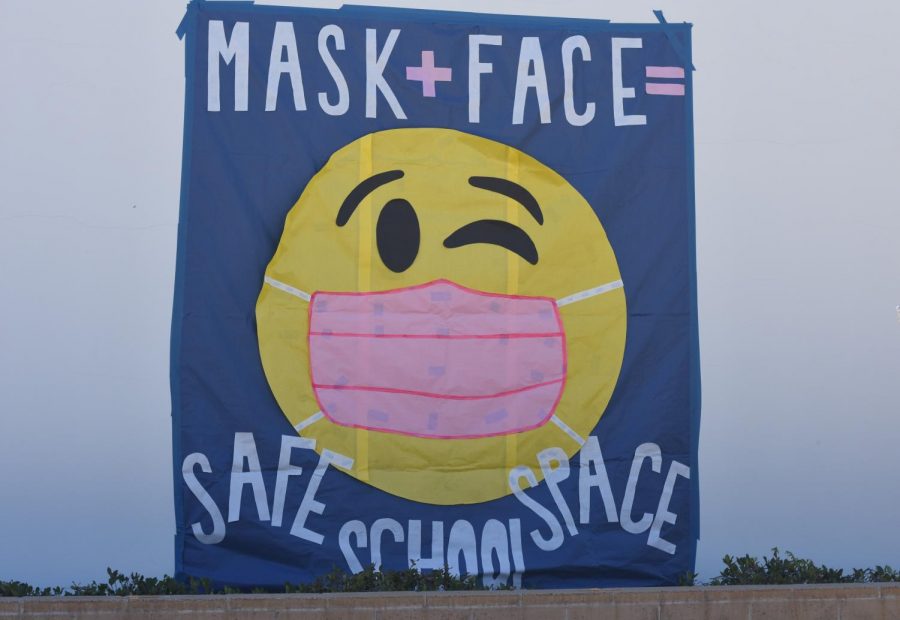 With new CDC guidelines, SJHHS is planning to reopen campus and combine both the gold and navy cohorts in a four-day week schedule. Students still need to cover up with masks and social distance, but instead of the previous six feet rule, the space has decreased to only three feet apart.

With Orange County being one of areas with the lowest infection rate in the nation, schools have begun on the road to normalcy.

San Juan Hills has announced in an email that hybrid schedules will be modified to allow students the option of coming back to school for four days a week instead of two in designated cohorts. The change will only merge cohorts, while still allowing for students to have virtual Mondays and preserve their current class schedule.

The new schedule will be put into effect the week of April 26, and all students who are currently fully online have the option to change their class format until April 16 via a simple conversation with their academic advisors.

The previous schedule allowed students to attend in-person school only twice a week, but with the changing guidelines, students are now only given the option between an 100% online format, or a 4 day, in-person format.

Many students seem to be torn on the issue, as informal polling by teachers has shown that some plan on finishing out their year fully online. In Bill Kaiser’s government classes, polling has revealed that wholistically, about 78% of seniors will not be returning to school with the new schedule. While the new change offers hope to people that normal life is on the horizon, many are content with things remaining the way they are for now, like one senior in Kaiser’s government class, saying, “I’m a bit torn about going back because I have grown so accustomed to going to school online.”

“It is the final stretch and I do not feel like going back to school of my last year when I haven’t been this whole time,” said another senior. The uncertainty among the class comes at no surprise, as there are only seven weeks left until graduation, and the routines of online learning have been accustomed to.

“When I was first coming into San Juan Hills as a freshman, everyone above me told me that high school goes by in a blink. This year has shown me that that statement is extremely true. High school does go by in a blink so as youth, I think it’s important to savor every moment of that experience and live it to the fullest extent,” said senior class president, Siena Chacon.

The number of students switching from online to in-person was not as dramatic as expected, so there have been certain actions taken by student leaders to try and influence their peers in returning to school. ASB members have been posting on social media accounts to try and get their word out to students, especially seniors, to make the switch from the online format.

“Also, we are working really hard in ASB to plan fun activities that are going to be on campus! We have a lot of fun things planned for after students return and we’d love for everyone to experience them all!” said Chacon.