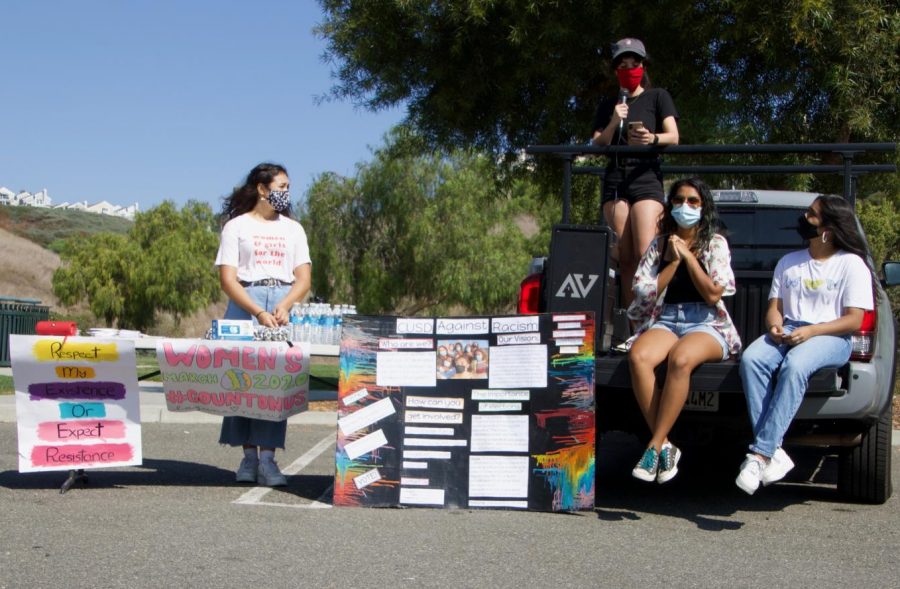 CUSD’s Board of Trustees unveiled its Cultural Proficiency Plan at its recent meeting, taking steps to combat inequality on campuses.

The need for such measures are supported by student groups such as CUSD Against Racism, to create a safer and more inclusive school environment.

The Cultural Proficiency Task Force is a group of individuals in the district that are working in close conjunction with CUSD Against Racism to address the issue of inequity within the school system. The plan outlines seven goals that it plans to achieve over the course of four consecutive years. The list of goals begins with reducing the number of absences in certain demographics by 25 percent through the creation of School Attendance Review Teams and parent outreach programs.

Within the classroom, the board hopes to ensure that more students are completing the A-G requirements necessary for graduation. Specifically, it hopes to increase the completion rates by at least 10 percent in certain student groups, including English learners, students with disabilities, Hispanic students, and Black students. It also hopes to increase AP course enrollment by 5 percent for these specific student groups.

“I would say that my initial reaction was a little bit of confusion just in terms of how they identified these goals, such as reducing absences by 25 percent or increasing graduation rates by 10 percent. Some of the timelines in the plan were really, really extended. Why is it that this can’t happen until 2024 and 2025?” said Olivia Fu, one of the core coordinators of CUSD Against Racism.

The plan also extends beyond academics and discipline. To make school a safer place for all students, the district included several important steps to promote inclusivity on school campuses. It intends to reduce harassment, increase cultural proficiency, and ensure a diverse staff, all of which is to be accomplished through different ways including the following: educating students, staff, and parents on cultural proficiency, altering hiring practices, staff trainings and student club programs, and anti-bullying trainings and lessons.

“I think we need to take bolder strategies instead of just trying to educate . . . We really need to be addressing some of the systemic barriers to a lot of the injustices and taking radical approaches to change the way the district does things. But that all of that wouldn’t be possible without dedicating a lot of resources towards doing this work,” said Fu.

The plan emerged as a result of actions taken by the organization CUSD Against Racism. It began its work in the beginning of Summer 2020 with an open letter and over 800 testimonies. Since then, the group has spoken at each board meeting with support from members of the community, especially those who have experienced racism or discrimination.

“People from the public craft public comments and speak on our behalf as well. Just saying their personal stories of how they have experienced racism or different inequities on CUSD campuses. We kind of put pressure on the district to act and we highlighted the issue that was already clearly prevalent all throughout the district,” said Esther Mafouta, one of the core organizers of CUSD Against Racism.

While it believes the plan is a step in the right direction, CUSD Against Racism acknowledges that it is missing certain components that are vital to reduce equality on campus, specifically racism. In fact, there is no mention of racism in the plan.

“I would think that you need to face the problem head-on and actually address racism by mentioning it in the action plan. And unfortunately, they did not do so, but it is a draft and we have been working closely with the district. I think they’re on our side, and they’re trying to help us and ensure that schools are a safe place for all students, for Black indigenous and people of color as well,” said Mafouta.

CUSD Against Racism is currently working with the Cultural Proficiency Task Force to make revisions to the plan, one being to consolidate the timeline, specifically for making an ethnicities course a graduation requirement. The group plans to speak at the district meeting on December 16 when the plan is supposed to be finalized.