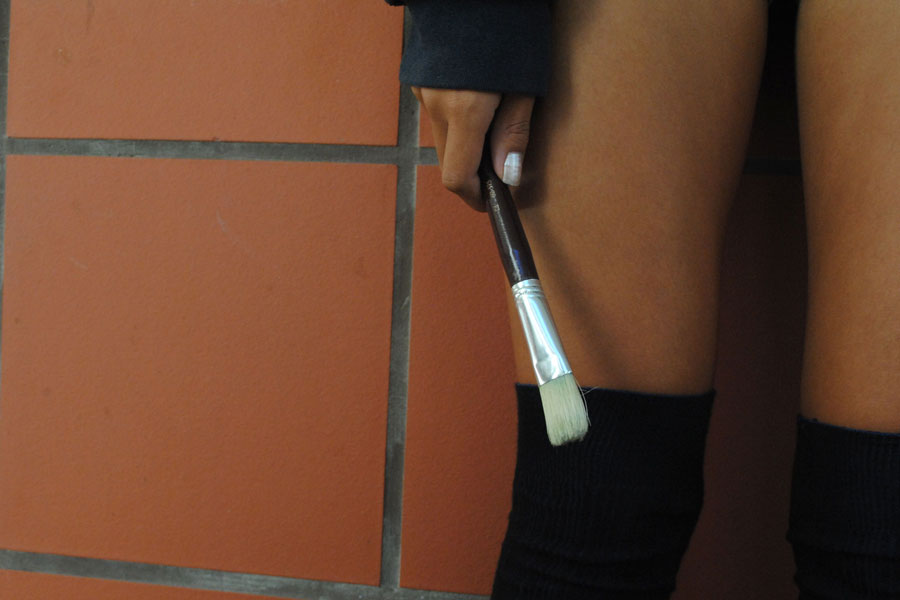 Sonja Matienzo (10) – Thousands of followers on Instagram, thousands of hours of drawing, thousands of legit points for sophomore artist Sonja. Known in particular for her adorable renditions of Disney characters, Sonja’s artistic abilities set her apart from both amateur and professional artists alike. Sonja’s creations can be seen two of Nancy O’Neill’s Guess What books: Guess What is in Grandma’s Garden, and Guess What is at the Zoo. Her competitive art history consists of primarily two accomplishments: she was awarded first place in Ladera Ranch Middle School’s art contest and an honorable mention in John Wayne 24th Annual Student Art Contest. In her free time, she loves to create and showcase her captivatingly colorful artwork for nearly 11,000 adoring art fans on her colorful art-based instagram page @draw4lifee. And yet, despite all of her accomplishments and her copious amounts of talent in multiple art mediums, she humbly states that she “[hasn’t] done too much”. Her humility is respected, but let’s face it Sonja. You may just be the most talented artist walking this campus. Here’s to you and your art genius, Miss Sonja!

David White (11) –  He is San Juan Hills High’s cross country team captain for a reason, you know. Currently a junior, David White is one of the most decorated cross country athletes San Juan Hills High has had the honor of seeing run their track. Both as a Stallion and a runner for the South Orange County Wildcats Youth Track Club, his athletic performance seems to never fall short of outstanding! During his freshman track season for the Stallions, David ran during league finals (“all county”) and obliterated the competition, placing first in the 800 meter, 1600 meter, and the 3200 meter races. As a freshman Wildcat, he accomplished the impressive feat of placing 10th out of 450 runners during the “all American” National meet. His sophomore year, David continued to impress by making CIF in the 1600 meter despite the fact that the team was placed in an exceptionally tough league. Today as a junior, he is still number one on the cross country team (having been in this position for the past three years) and guides the team as team captain. “I’m excited that our team is really coming together and we are pushing eachother to be at the top,” he says regarding the cross country team, “I’m really proud of our team and I believe we will make CIF…and hopefully make it all the way to state.” San Juan Hills will be cheering you on from the trackside, David. Good luck, and well done!