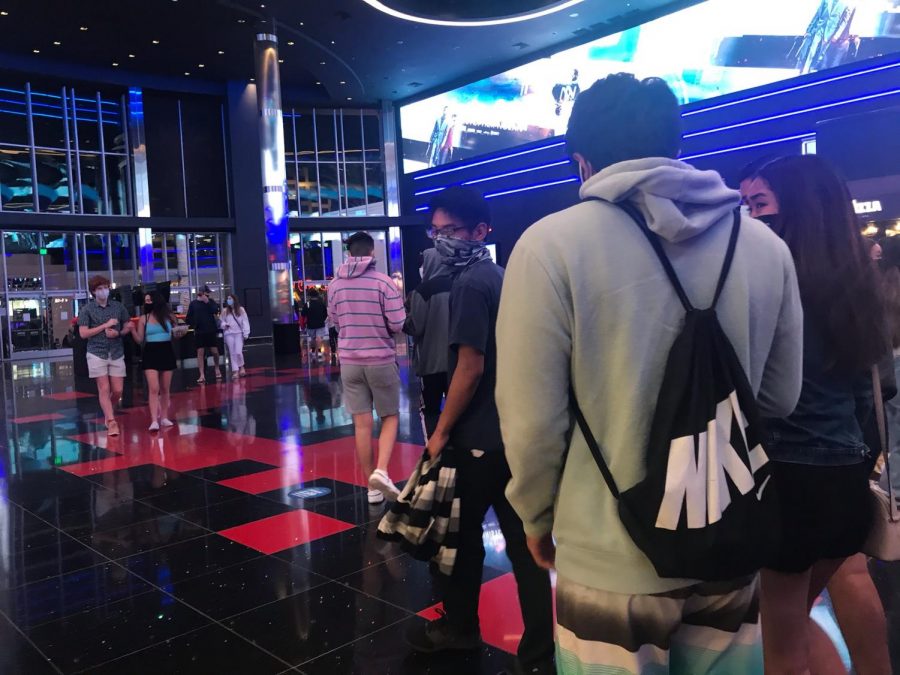 A symbol of American culture, movie theatres are finally reopening; however, that doesn't mean it will be a complete return to normalcy.

One of America’s oldest pastimes has been suddenly ripped away from us, and it’s felt more than unusual not to be able to go to the movies on a Friday night. Although, after several months of being deprived of our favorite movies, we can finally sit down, grab some popcorn, and enjoy. That’s because, this fall, movie theaters will be reopening, and it’s very exciting.

For the first few weeks of the theatre’s reopening, they’ve been playing older movies, but now, newer films are being showcased. Amongst these newer films is the Tenet, an action-thriller directed by Christopher Nolan.

“It was a great movie. There were only like 10 people in the theatre, so there was a ton of room,”  said Junior Parker Gorton.

However, while many students are ecstatic to watch movies on the big screen once again; this unfortunately doesn’t mean that everything is going back to normal.

This year, there will be strict guidelines for seating as well as mandatory mask-wearing in the theatres. Seating will also be socially distanced, however, families will still be allowed to sit together during the movie.

Regarding concession snacks, they will be purchased with the respective theatre’s app and vending machines as well as self-serving condiment stands will no longer be in place. All guests at the movie theatre will still be allowed to bring their empty popcorn buckets or drinks to the front in order to be refilled.

In addition, many theatres have implemented a policy that ensures if any patron isn’t wearing a mask inside of the theatre, they will be given a warning and could be forced to leave the theatre.

According to RegalMovies.com, “Where socially unacceptable behavior is observed, including the non-wearing of a mask, this will be addressed with the patron.” Although, if upon arrival the patron doesn’t have a mask, they will be provided for them.

On account of all these changes, and continuous fear of contracting the virus, not everyone is necessarily thrilled for the reopenings.

Additionally, movie theatres won’t be as crowded. Theatres will be reducing their capacities in order to compensate for social distancing.  According to RegalMovies.com, “Where required by state or county mandate, auditorium capacities will be reduced to 50%.”

Therefore, groupings will be smaller, but it’ll be nice to avoid the long lines and the obnoxious patrons of these often crowded theatres.

Although it might not be the same experience, movie theatres are still the great, old American pastime that we have grown to be so fond of, so despite many regulations, theatre’s reopenings can definitely still be enjoyed.