Panda Bear vs. Grim Reaper: An Album Bland as Black and White 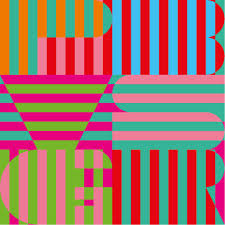 Imagine that you are asked to partake of every food that has ever been described to “taste like chicken.” Surely, it would be remarkably difficult to tell the difference between the many foods. This is precisely the fatal flaw with the latest album from Noah Lennox (AKA “Panda Bear”), Panda Bear Meets the Grim Reaper: there is no distinguishable variation of any kind throughout its track list. The difference between the above scenario and listening to Panda Bear’s latest collection of songs is that one gets no such novelty as the taste of chicken from the latter.

Of course, it is not an uncommon occurrence for an album’s songs to begin to blend together during the course of an extended listening. It is normal and healthy for a group or artist to maintain a distinct auditory footprint.

But this is an entirely new level of sameness observable in Grim Reaper. Tracks not only align in tone but in seemingly duplicate sound effects and rhythm. Even within individual songs, it feels as though the same six-second progression of one to four notes is set on repeat while an inaudible vocal track mumbles with a consistently wave-like echo.

Sameness is not always a substantial issue. It can be overcome with factors such as evocative lyrics, skilled performances, an appealing sound, and–when all else fails–catchiness. Sadly, this album contains none of these potentially redeeming qualities.

Even if the lyrics contained here are gorgeous and thought-provoking, it is unknown to many (perhaps all) listeners. The carelessly-mastered reverb is cranked up so high that the Panda’s vocals sound akin to a whisper carried by heavy wind. Thus, any beauty that could have been added by lyrical variety is lost with the breeze.

Personally, I feel that not much musical skill was involved in the crafting of this work. (Perhaps it should even be a disclaimer in the bottom-corner of the album cover.) Monotonous and not featuring any ear-catching segments, continuation of the listening experience feels redundant about ten minutes in.

Electronic overkill is truly what kills the Grim Reaper. I usually have no bone to pick with computer-generated sounds, provided that they are used sparingly. This is hardly the case with this album. Rather, it is genuine instrumental sound that is used sparingly (a mere two songs actually make detectable use of such sound) and the songs feel rather congested as a result.

These preceding lapses in potentially redeeming qualities ultimately destroy catchiness, as the songs cannot easily be sung along to, and the sameness throughout grows tiresome within the overlong tracks.

Music is intended to be a world of color, and Panda Bear Meets the Grim Reaper is bland as black and white.